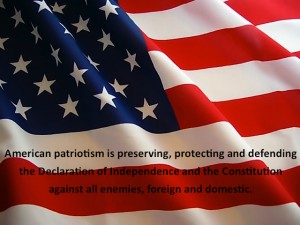 JOHN WHITE is an internationally known author who writes about the human mind and spirituality and their relationship to social and political affairs. He has published 19 books, including The Meeting of Science and Spirit, What Is Enlightenment?, A Practical Guide to Death and Dying, America, Freedom and Enlightenment, The Gulf of Tonkin Events – Fifty Years Later, and The UFO Experience.
Books for children: The Christmas Mice and Santa’s Climate Change Problem. His forthcoming books are The Pledge of Allegiance & The Star-Spangled Banner and Enlightenment 101: A Guide to God-Realization and Higher Human Culture. His writing has appeared in The New York Times, The Wall Street Journal, Reader’s Digest, Esquire, Woman’s Day, Saturday Review, Omni, Science of Mind, New Age and many other newspapers and magazines. His books have been translated into ten languages.

Mr. White was born in 1939. He holds a Bachelor of Arts degree from Dartmouth College (1961) and a Master of Arts in Teaching from Yale University (1969). He has taught English and journalism on the secondary and college levels and has served on the directing and advisory boards of various academic and research organizations. He also has served on the editorial boards of various scholarly journals and popular magazines.

After college, Mr. White served four years in the U.S. military as a naval officer, primarily in antisubmarine warfare and nuclear weaponry. From 1965 to 1969, he taught English in his hometown high school. He then joined the public relations department of a Connecticut utility company. In 1972, Mr. White worked with Apollo 14 astronaut Edgar Mitchell to begin The Institute of Noetic Sciences, a research organization founded by Dr. Mitchell to study the human potential for personal and planetary transformation. He remained with the Institute for two years as Director of Education and then began a career as a freelance writer. In 1981, he joined another Connecticut utility company as a communications specialist. He is now retired and devotes full time to communicating “information for transformation,” both personal and planetary, including America’s leading role in that process.

Mr. White lives in Cheshire, Connecticut, where he is active in veterans affairs, Freemasonry, Scouting, youth education, the grassroots level of politics and the Cheshire Tea Party. He and his wife Barbara have been married for more than 50 years. They have four children and six grandchildren.